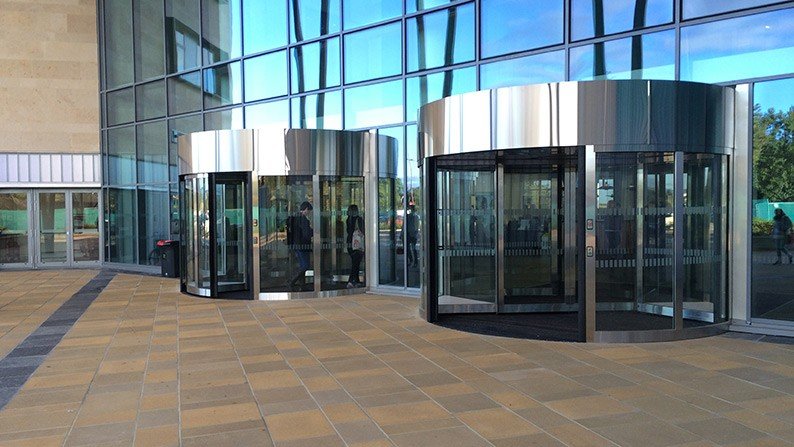 The doors chosen for this scheme are the most technologically advanced doors available to date incorporating both revolving and sliding functionality in one unit. Each door has an integrated heater with bespoke and discreet hot air outlets fitted neatly within the top of the head.

Chosen for their superior build quality, high capacity and efficiency, these three 4.2 metre wide doors supplied and installed by EA Group grace the main entrances to the new state of the art facility.

Inverness College have opened these doors to students in its new campus location where the new state of the art facility provides an exciting range of further and higher education courses, alongside post-graduate opportunities and in work training. 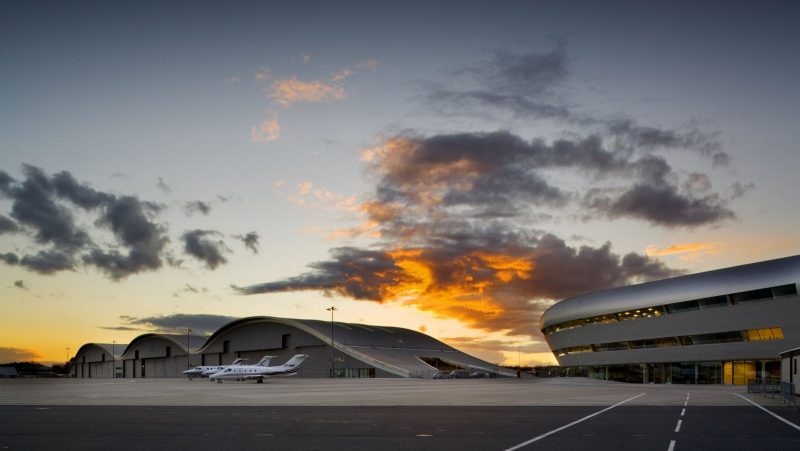 After TAG took control of the airport from the MOD, it invested in a series of new infrastructure projects, including a new radar unit and a resurfaced runway. The most striking new constructions were a new control tower, a large hangar unit, and finally a brand new terminal building that opened in 2006, all designed by Reid Architecture and Buro Happold. The designs won a series of awards, and were nominated for Building of the Year by Building magazine in 2007. The terminal was formally opened by HRH Prince Andrew.

In 2014 the airport approached EA Group as they required a solution for sliding doors which were pretty draughty and presented a heat or air conditioned air loss issue throughout the year. 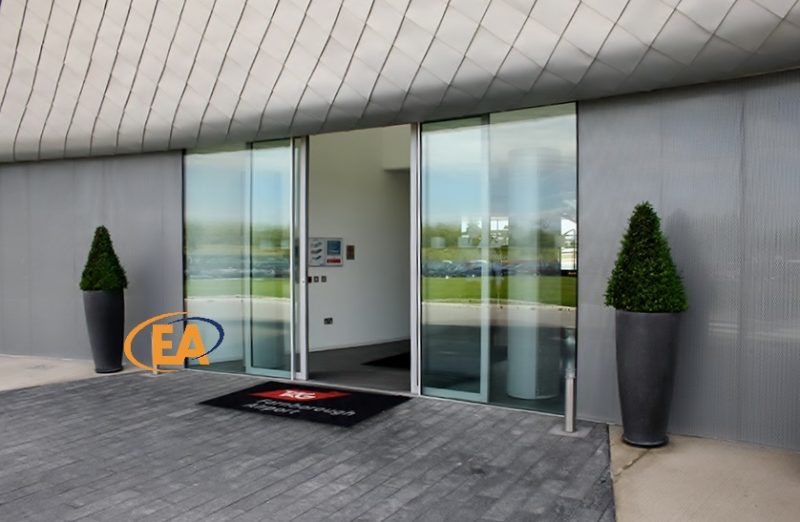 Many options were tabled and together with digital surveys, many renders and digital fly through videos, EA Group offered the solution of a multi-function revolving door that could offer all the benefits of a revolving door, but at peak times could be parked and could become once again a sliding door if required. 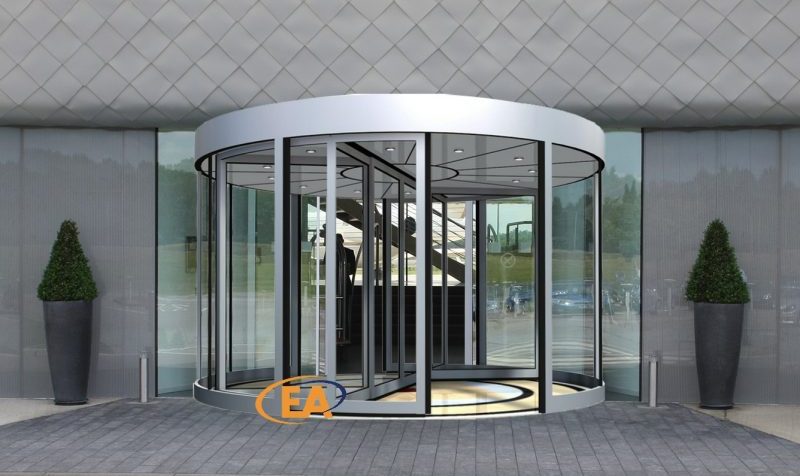 In 2015 an order was placed for this solution and was installed thereafter during a refit of the lounge: 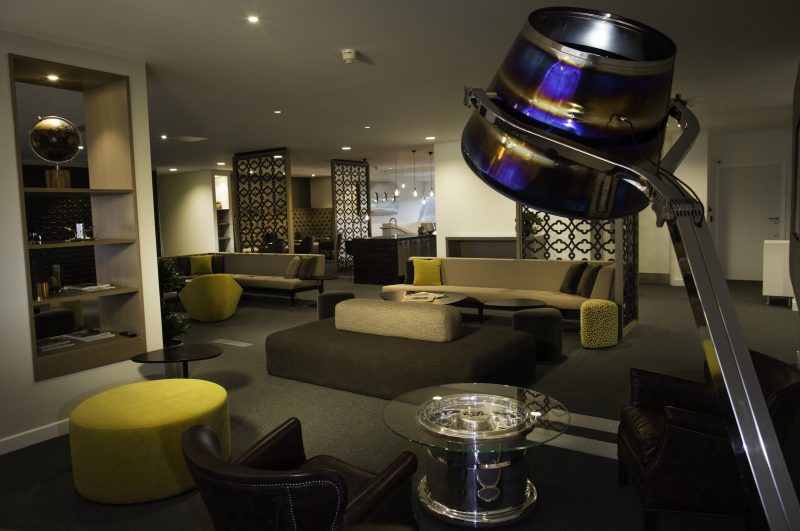 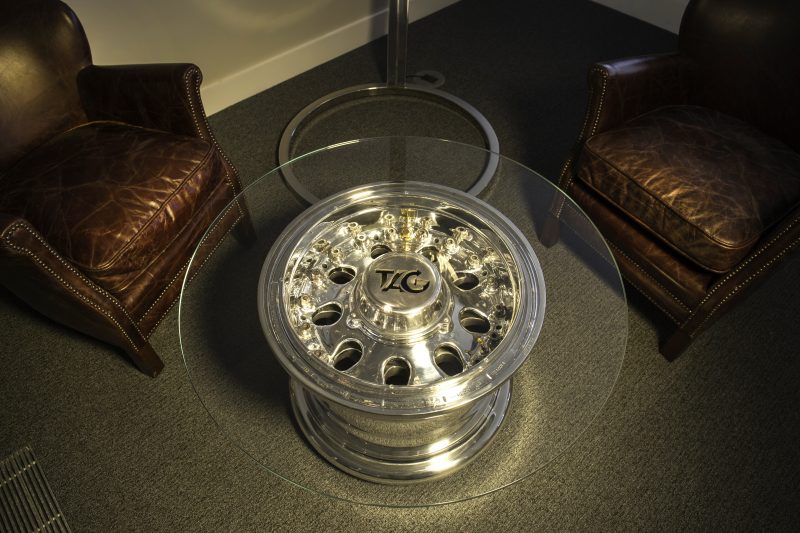 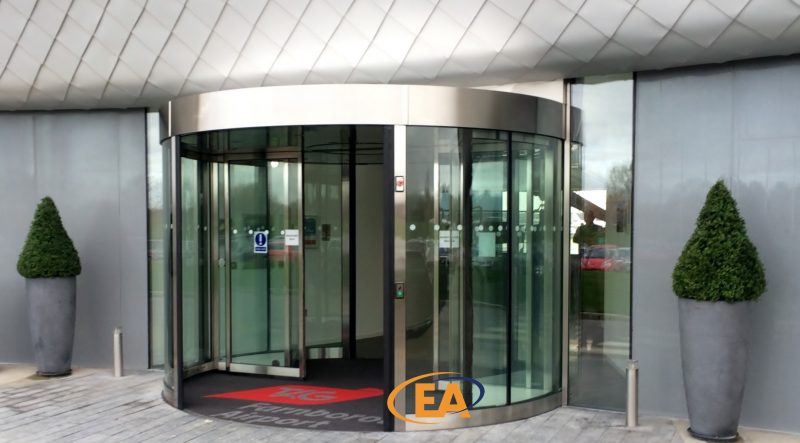 The Ark is a prominent GE Real Estate owned office building in Hammersmith, London, and was constructed in 1992.
When EA were approached the building had a tired circle slide door without an air curtain. During the depths of winter the reception and atrium became a cold place. 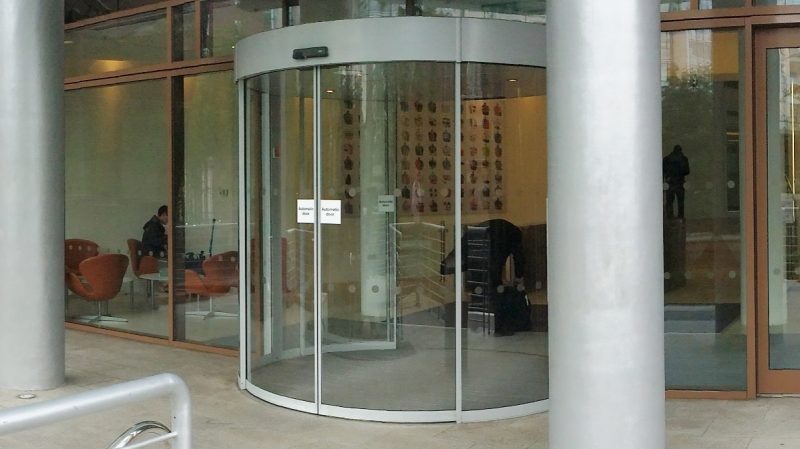 As there were existing pass doors for DDA passage the solution was to install an automatic revolving door. The turnkey solution was completed in just one weekend. 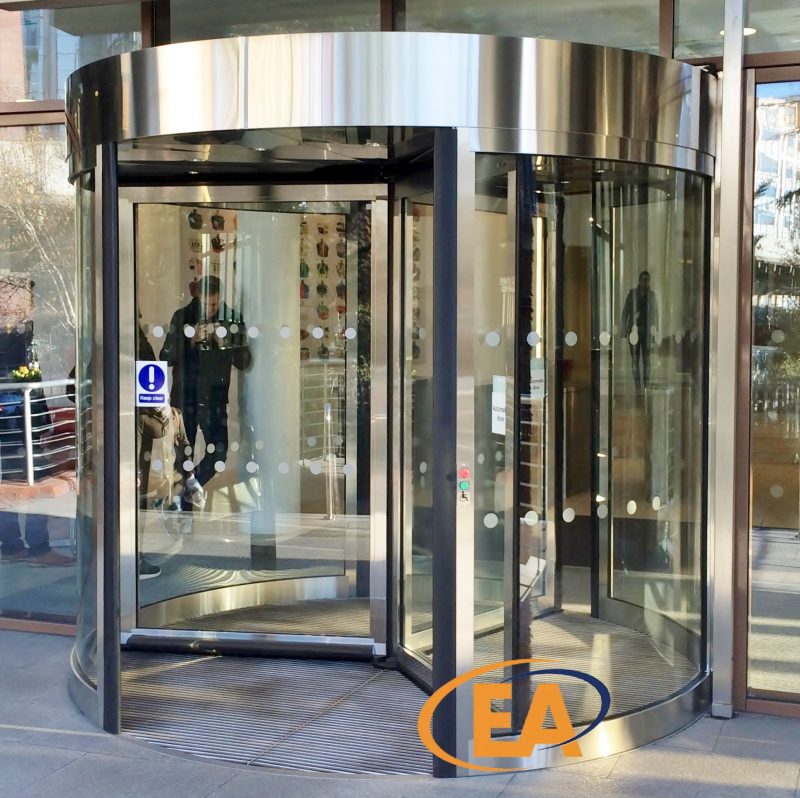 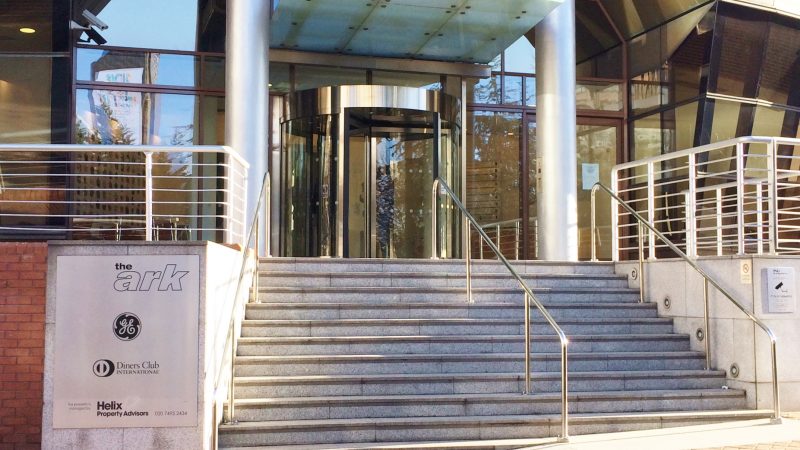